‘Bethlehem People, God Has Chosen You to Come’ to Kajo Keji 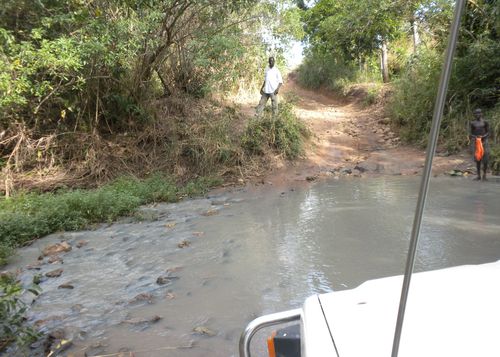 On the road to Sodogo

Our November mission trip evidenced a greatly changed Kajo Keji that awaits the January 9 referendum with eager anticipation. On approach, as the MAF flight passes over the dirt airstrip to insure it is clear of the ubiquitous goats and sheep, we see the addition of several new western-style buildings and two new cell towers.

It has been an arduous day on the twin engine Cessna; eight hours with seven take offs and landings, a regular milk run. Stephen Tomor and Bishop Anthony complete with his posse greet us at the airport. The ride to Romogi is fast and smooth, a pleasure after 22 hours in the air.

Evidence of the economic recovery brought on by five years of peace is all around us: five times the livestock we have seen on previous trips, no protruding ribs on people or animals, no rags passing for clothes, flip flops or shoes now the norm. We pass five automobiles on the first ride to Romogi, more than we saw on the entire trip in January 2007. On Monday as we drive to the school opening in Sodogo, we pass a car with a large sign on the roof: “Kajo Keji Driving School.” Who ever would have thought…

Secondary level needs are now being fulfilled and we see sunglasses, radios and iPods; soccer balls and bikes are more in evidence. This place is no longer bleak house; the feel is upbeat. There is a political overtone in the air. Here there is no unending bickering between out of step political parties but people talking about voting for their freedom and self determination, a first since the colonial period started, 150 years ago. Voter registration starts while we are here. We watch Bishop Anthony register. There are proud smiles on the faces of those registering. A legitimate census has been done and indicates that there are 193,000 inhabitants of the county. The Comprehensive Peace Agreement states that for the New Sudan to gain its independence, 60% of registered voters must vote and for independence to pass it must have only a simple majority, 51%. 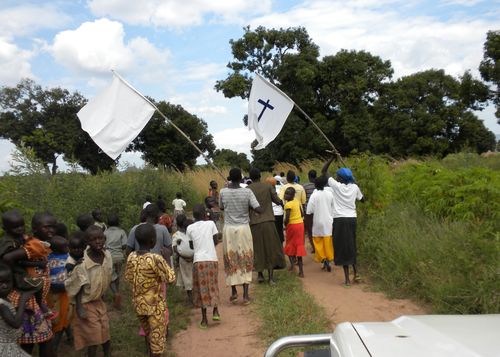 We inspect the New Hope Schools at Romogi and Gaderu and officially open the Kitchen-Dining Hall at the college as well the New Hope Primary Schools in Liwolo and Sodogo. The Romogi School wins the Bishop Marshall Prize for the best kept gardens and grounds. We meet with the college management team and the students, more on this in a later issue.

I want to share the story of the opening of the Trinity Easton New Hope School in Sodogo. This school will always hold a special place in my heart as Trinity Easton stepped forward and tithed their own capital campaign to New Hope. Before our very eyes, two dioceses witnessed God’s people in Christ’s church doing precisely what Christ asked us to do in the Great Commandment. These school openings are always a joyous occasion, a day of fulfillment, both functionally and spiritually.

Sodogo is a long drive and you must take the small all-wheel drive vehicles through a small river. Boys are playing in the river; a mother is doing the family laundry. There are no crocodiles in this shallow section. We are met two miles outside of the village and led by a joyful throng, singing before us and holding high banners of the cross. Could this be what Christ and the Apostles felt like on Palm Sunday? I say a prayer of dedication and Archdeacon Stringfellow cuts the ribbon. Adrenalin pushes the jet lag out of my mind. We move over to the parade ground where we will sit for the two-hour program. Have you heard that the Kukus like to make long speeches? The PTA President announces he has a few brief comments. Archdeacon Stringfellow spies six pages of single-spaced typed notes. 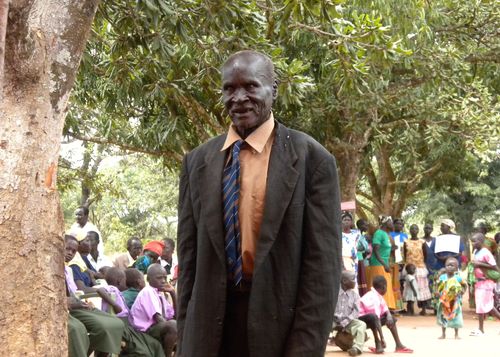 The landlord who donated the land for the school to the Diocese of Kajo Keji stands up to make a speech. “I am Wilson Rembe,” he says. “I am 84 years old. My ancestors gave me this land. All these days, I have been waiting for this school like a bride waits for a groom. The fox used to run on this road. When I was a boy my father and I built a bridge over the stream. I think he knew there would be a school built here one day. People used to make fun of us and say, ‘Did you build this bridge for fox or for people?’ Now the little children are my foxes who will use this bridge to go to school. Who are these people from across the sea who give their money so our children can go to school? I tell you they are God’s people. Thank God for the people of Bethlehem. I am Wilson Rembe, landlord.” 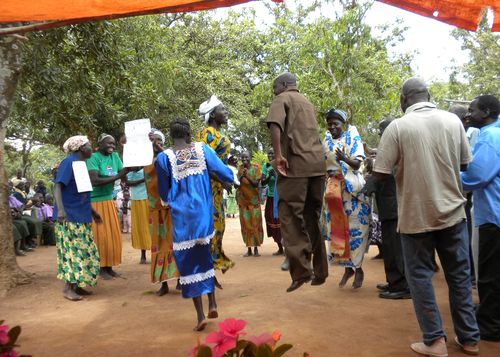 Now there is feasting, singing, and dancing. A choir from the school sings a response song for us. There is so much going on it is hard to focus. The Holy Spirit cuts through me like a knife and I hear the words, “Thank You, Bethlehem people, God has chosen you to come.”

Late at night when I have doubts about why God would let his people suffer so much or when my daughter or children who attend New Hope presentations at various parishes ask how a loving God would let His children suffer so much, I find my answers in that chorus. God’s people in Kajo Keji and the southern Sudan have suffered. But God always knew he would choose us. He chose us to help heal his wounded children. God chose us to give sight to the blind, to lift the yoke of oppression, to raise up the foundations of many generations. We have been given a once-in-a-lifetime opportunity. We have been truly blessed. 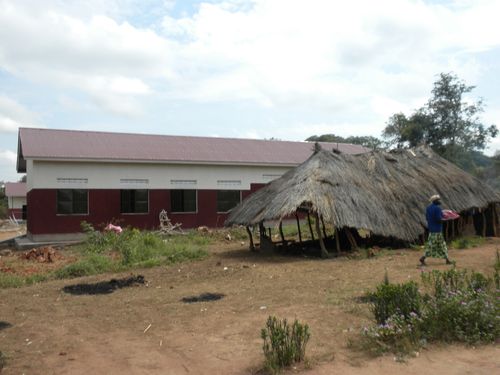 [Charlie Barebo is chair of the New Hope Campaign and Development Officer for the Diocese of Bethlehem. More about Charlie here.]

Barebo, Inc., is chair of the

Simply amazing and how wonderful it must feel for these people to have the privilege to vote. Unfortunately, too many Americans take this for granted.

Thanks,Charlie, for your beautiful story! You are a key player in this drama, and God must have chosen you as well!

God Bless the tremendous work of the people of Kajo Keji and the Diocese of Bethlehem. May our light always shine on where it is needed.

This article is indeed a prayer.