More participating churches and new grants have been welcome news for the dedicated people who provide shelter for the homeless in this unexpectedly severe winter. The emergency sheltering program, coordinated by Bethlehem’s Trinity Episcopal Church, is in its second year. It began in 2008, when Trinity Soup Kitchen staff discovered that there were no emergency shelter beds for people in Bethlehem during a particularly cold period, and people were in danger of freezing. This year, the weather made it necessary to start on December 6 in the Forte Building in the south side of Bethlehem rather than on January 1 of the new decade when churches originally planned to open their doors. The program is scheduled to conclude at the end of March.

Of the thirty or so homeless people who have used the program, there are about twenty regulars who come nearly every night. Participants are given an evening meal, breakfast the following morning, and a mat and a sleeping bag. When the churches are far from center city Bethlehem, people are also provided with transportation to and from each shelter.

One change this year is that the women (usually about four or so a night) are housed separately from the men, either at different churches or in separate quarters within the same building.

Many families have inquired about the shelters, and one actually appeared with a two month old baby. Calls have also come in from other shelters like the Salvation Army in Allentown, and from schools and the police.

Father Scott Allen, priest-In-charge of St. Andrew’s Episcopal Church on the Allentown/Bethlehem border, says that this year both hosts and guests “know the drill. There is more normality and they know what to expect.” Although there are few new faces, he says that the number of guests is about the same.

Luckily, there is a bit more outside help and more resources. Guests can now use their own bedding each time they visit the church, which gives them a sense of stability. They can also be given small bags of personal care products.

A grant of $4,500 was received from the Moravian Church, and $2,500 came from FEMA (Federal Emergency Management Agency). The latter grant requires that more statistics be gathered nightly for each guest. A grant of $7,500 from the Pennsylvania Department of Economic Development was approved, but has been delayed and has still not been received.

The Lehigh Valley Religious Society of Friends (Quakers) has allowed its building to be used as a backup emergency site if a regular location becomes uninhabitable or unavailable for any reason. Current locations, all in Bethlehem except St. Andrews, are Church of the Manger, Christ UCC, Holy Trinity Lutheran, El Shaddai, New Covenant, College Hill Moravian, Westside Moravian, Unitarian on Center Street and the Cathedral Church of the Nativity.

Anyone who wishes to volunteer or to donate bedding, personal care items, food, or other supplies may contact soup kitchen social worker Marcie Lightwood, mlightwood@hotmail.com, 610-867-4741 X302.

Dave Howell of Trinity Bethlehem is a free lance writer who volunteered his time and talent for this story. Marcie Lightwood of Trinity provided material for the story. 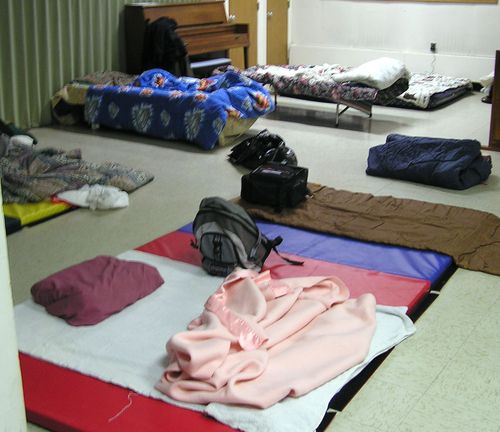 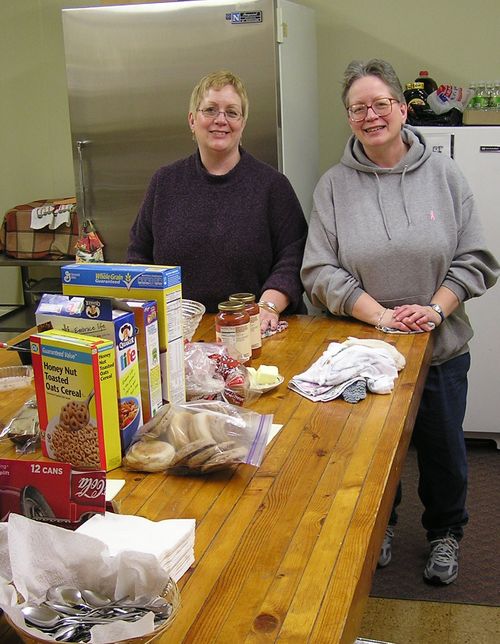 I came across to this page and I'm enjoy reading your blogs. I admire Trinity Bethlehem for your kind work!