Diocesan Life.May
Where has Bill been?

[From the weekly update of St. Paul's Montrose] This coming Sunday the Congregation of St. Paul's will gather to mark a major transition in its life and ministry. With the retirement of Fr. Charles and the beginning of the four month interim of Mother Watrous, St. Paul's will enter a time of preparation to call and institute a new rector, and celebrate a new ministry. It is no accident that the Sunday Scripture readings appointed for the next weeks recall the beginning of the Christian Community starting with the small apostolic core in Jerusalem, its missionary outreach, and eventual spreading throughout the world.  These readings allow us to examine our own life as a faith community, ministering to the those in need, and reaching out to bring the "good news" to the whole world. St. Paul's will find vision, encouragement, and nurture through reflection of these readings in the weeks ahead.  In the Gospel reading this Sunday, St. Luke reflects upon Jesus' post-Resurrection time with the disciples:  "...he opened their minds to understand the scriptures, and he said to them, 'Thus it is written, that the Messiah is to suffer and to rise from the dead on the third day, and that repentance and forgiveness of sins is to be proclaimed in his name to all nations, beginning from Jerusalem. You are witnesses of these things.'"  Well, there it is!

The Rev. Janet C. Watrous, most recently rector of The Prince of Peace Episcopal Church, Apex, NC, will become the Interim Rector at St. Paul’s beginning May 1. Janet is a longtime neighbor in Susquehanna County, having spent many years with her family on "the farm" outside Hallstead. We welcome Janet, no stranger to St. Paul's, as our Interim Rector. Janet was among the earliest women ordained to the priesthood of our church. She has served in a variety of ministries, including heading congregations, interim ministry, diocesan staff and school and campus ministry. She was even licensed to serve in the (Church of England) Diocese of Gibraltar, and served Anglican communities in Slovenia and Croatia in 2003. Janet is married to Dr. Robert Kochersberger, a professor at NC State University in Raleigh. Their daughter Anne recently relocated to Raleigh from Chicago, where she was engaged in a doctoral program. Her doctoral work will begin in fall 2010, although the undergraduate courses she took at Northwestern are part of her prep for that. Tragically, their son Charlie died almost two years ago after a long struggle with addiction and depression. 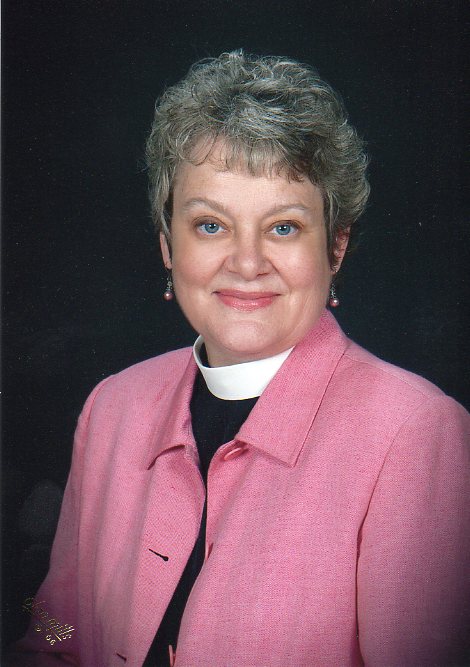 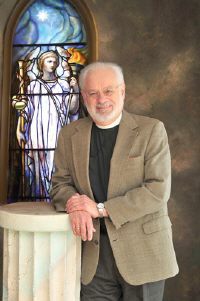 On Sunday April 26, St. Paul's Episcopal Church, Montrose, will say goodbye to the Reverend Canon Charles A. Cesaretti. Father Charles (as he is known to his fans all around Susquehanna County) has served St. Paul's as Interim Rector since January 2006 and will retire after a long and poignant career. The farewell begins with the 9 a.m. worship in the Church, followed immediately by a reception in the Parish House. Noted Vocalist Paul S. Adkins will be soloist at the worship service.

The ministry of Father Charles has had an astounding and unforgettable impact on the people of St. Paul's and the surrounding community. He quickly became a friend, mentor and spiritual guide to the congregation. He revitalized a parish that was experiencing lackluster attendance and poor community involvement into a bustling, energetic place of worship.

From his support of the Coats for the Community project that has become an annual necessity for hundreds of needy families to the spearheading of the Bountiful Blessings project which provided ham dinners to 700 hungry families this Easter, Father Charles has extended the outreach of St. Paul's into the far corners of our county. He provided a model of unselfishness and compassion that has given St. Paul's a vision for the future.

Father Charles' pet peeve became the notion of "But we've never done it that way before...," and he sought to open the minds of the congregation to new and innovative approaches. By putting everything from finances to worship practices under a microscope, he engaged various church groups in a self-examination process that sought to expose faults and create a mission worthy of a successful place of worship. The people of St. Paul's feel he has done exactly that. Vida Finlon, 95 years young and a member of St. Paul's for 63 years, says, "Father Charles has made a big difference in St. Paul's. Our congregation has come together because of what he's done."

Fr. Charles is a native of New Jersey and graduated from Rutgers University before attending the Episcopal Church's seminary in Philadelphia. He was ordained as a priest in 1965. In post-graduate studies he earned a master's degree in theology, and a certificate in Pastoral Counseling. His service has taken him on assignments to Central America, East and South Africa, the Middle East and Northern Ireland. In 1990 Fr. Cesaretti became the assistant to the Rector of Trinity Church, Wall Street, where he was engaged in the research and development of parish outreach and mission. In 1996 he became executive vice-president of the Jackie Robinson Foundation, which provides educational scholarships and mentors minority college students. In 1999 Fr. Cesaretti was named the executive director of the Center for Sexuality and Religion, an interfaith agency dedicated to the dialogue and cooperation between the communities of faith and the scientific sexological communities.

He has held teaching positions, and is the editor of four books, and author of numerous articles and reviews. He first retired in 2001 and moved to New Milford, where he had had a cottage for a number of years.

Father Charles will be missed by many who look forward to his often humorous sermons, his engaging conversations with the children of St. Paul's during church services, and his endless fountain of wisdom.

All are welcome to join the multitudes of Fr. Charles's fans at St. Paul's Parish Hall on April 26, to say heartfelt good-byes and wish him many blessings.