Scott Bader-Saye accepts faculty post at Seminary of the Southwest

"With not a little sadness," Diocese of Bethlehem Archdeacon Howard Stringfellow wrote, "I need to announce that Scott Bader-Saye has accepted the post of Professor of Christian Ethics and Moral Theology at the Seminary of the Southwest in Austin, Texas, and that Demery Bader-Saye, Missioner for Youth in the Diocese, will leave her post this summer. 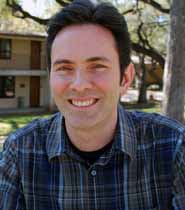 The Bader-Sayes are members of Peacemeal, an emerging Episcopal community in Scranton.  They have three sons. Demery will have served five years as Missioner for Youth in June. She has reshaped the youth ministries in the Diocese and has successfully guided Christophany, Happening, The Bishop's Day with Youth, EYE, and the Senior High Mission Adventures. Her leadership will be missed and difficult to replace. Scott holds degrees from Davidson, Yale, and Duke.  Presently he is Associate Professor of Theology at the University of Scranton, a Jesuit school.m While it is sad to announce their departure, I am heartened by the certainty that their ministries will flourish and that many exciting opportunities await them."

Here's the news release from the Seminary of the Southwest:


Dr. Scott Bader-Saye is the new professor of Christian ethics and moral theology at Seminary of the Southwest. He will begin teaching during the 2009-10 fall semester.
Dr. Bader-Saye comes to Southwest from the University of Scranton, where he has taught in its theology/religious studies department since 1997. He joined the faculty of that Pennsylvania university after earning the Ph.D. degree from Duke University. He majored in theology and ethics and minored in New Testament and Literature at Duke. Professor Bader-Saye received the B.A. cum laude from Davidson College and the M.Div. summa cum laude from Yale Divinity School.
He has been active in the Episcopal Diocese of Bethlehem and the community of Scranton. Dr. Bader-Saye and spouse Demery were founders and members of Peacemeal, a ministry of the diocese, and coordinated FreeSpace, a monthly ministry of Peacemeal to the poor and homeless of Scranton. He served for two years on the diocesan renewal and evangelism commission and was co-director and music leader for annual diocesan youth retreats. Professor Bader-Saye is a member of both the Episcopal Peace Fellowship and the Ekklesia Project. He coached in the Abington Youth Soccer League for two years.
A member of Phi Beta Kappa, Dr. Bader-Saye has written two books – Following Jesus in a Culture of Fear and Church and Israel After Christendom. The range of his other publications is wide – numerous chapters in other books and journal articles, a 2008 interview with Religion News Service, and numerous articles published in Christian Century.
Co-chair of the Scriptural Reason Section of the American Academy of Religion, Professor Bader-Saye returned to Yale Divinity School last year to present a lecture on “Are We Safe Yet? Vulnerability and Security in an Anxious Age.”
Seminary of the Southwest is committed to forming Christians prepared for mature, confident and knowledgeable leadership within the church and society. Southwest enrolls 94 students in a variety of degree programs. About one-third are persons who come from 25 Episcopal dioceses and are seeking ordination by pursuing the master of divinity degree.
The other half are lay persons from a variety of denominations who are enrolled in the seminary's master of arts in religion degree, as well as the three part-time master's degree programs – chaplaincy and pastoral care, counseling, and spiritual formation. These graduate curricula are designed for lay persons and are part of the seminary's Center for Christian Ministry and Vocation, which also houses the Online School for Spirituality and Mission and the Certificate Programs in Youth Ministry and Christian Education. Details at www.ssw.edu